Click on image to see larger view.
Slide show controls are the bottom of the image. 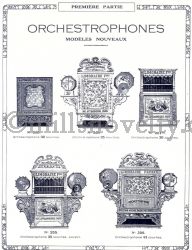 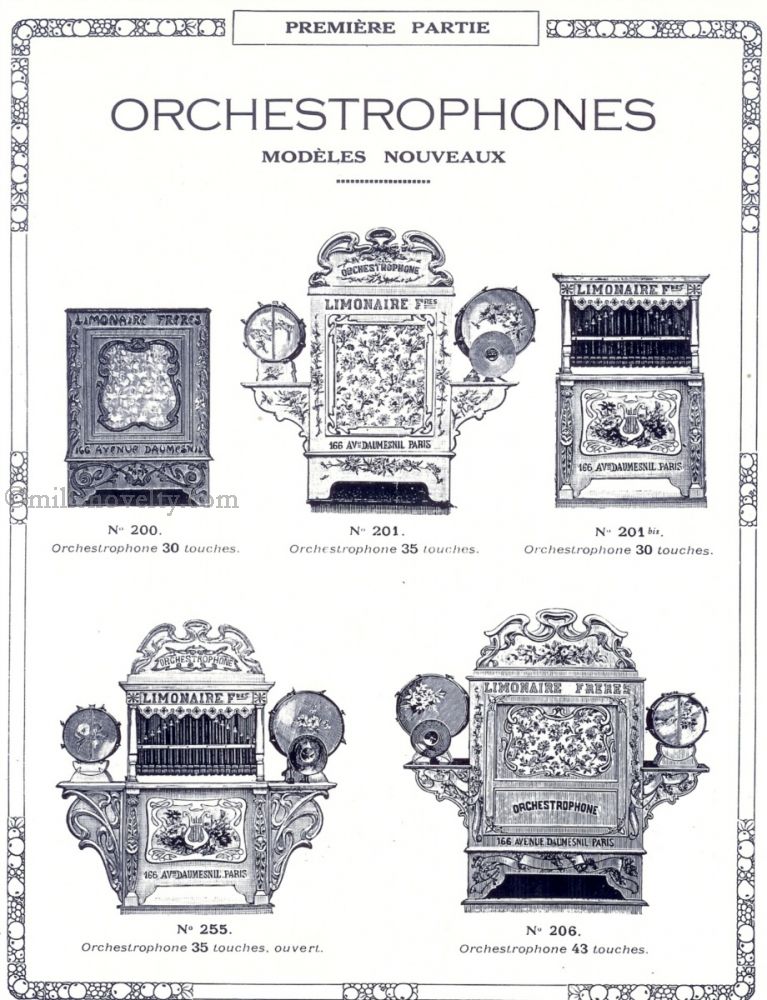 The firm of Limonaires Freres (Limonaire Brothers) was also an early entry into the organ business, founded in 1840. From the late 1890's most organs were of the "book" system, althrough some paper roll or "keyless" models were made. Organs of the early 20th century were sold under the "Orchestronphone" trade name.

In the 1900-1910 era, Limonaire sold different models with elaborate facades that often were incorporated into a ticket booth or large Bioscope show front on amusement rides. Peek production occurred during 1900 to 1914.   Linonaire had a factory in Paris and also one in Waldkirch, Germany.

Limonaire also produced a line of instruments called "Jazzbandophone" that had ornate facades with heavy carving and figures even on the small size instruments. Most of these Jazz instruments have a very mellow sweet tone which makes Limonaire among the best fairground organs ever to be manufactured. The illustrated catalog drawings show many very large instruments, which are extremely rare and expense today.